Based In Shanghai And Singapore, WEGOGO Aims To Address A Rising Need In China, Resulting From Unrelenting Growth Of Outbound Travel With The Exponential Rise In Online Consumption And Spending 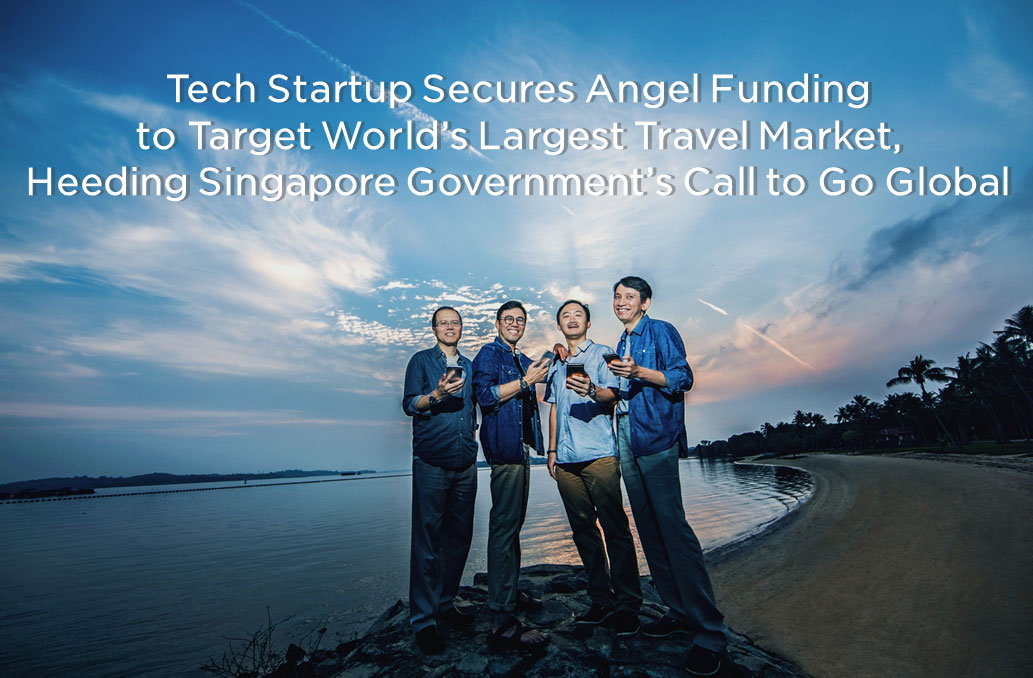 Singapore, 6 May 2016 – WEGOGO , or 我走走, a social discovery AI travel platform for the Chinese market, has been given a boost with angel funding of S$500,000 to allow it to tap the world’s fastest growing travel market.

A group of private investors led by Farsight Capital’s Managing Director Wong Toon King (TK) is backing the venture. The Internet pioneer, serial entrepreneur and Massachusetts Institute of Technology (MIT) graduate’s investment is an endorsement of WEGOGO’s potential, having been a trailblazer in the online scene himself.

WEGOGO is led by Co-founder and CEO Mak Chee Wah (Mak), who himself served as the founder of several Internet companies from 1996 to 2002. During that time, he successfully raised over $100 million in funding from reputable sources like Goldman Sachs, Morgan Stanley, Government of Singapore Investment Corporation and Pacific Century CyberWorks.

“The numbers in China speak for themselves” shared Mak. “In 2015, online shopping alone grew 42% in 2015 to hit US$672 billion. Think about it, this is more than the economies of Singapore and Malaysia put together!”

“And last year, Chinese made over 117 million outbound trips. If all of them were to stand on top of each other, they would circle the earth’s equator 5 times! And it’s still early days as the market is projected to double in the next few years”, he added.

WEGOGO’S other Co-founder Richard Tan will serve as Chief Operating Officer, having previously headed up international technology companies in ASEAN, South Asia and Taiwan. His initial focus will be on Business and Product Development.

“We’re looking at a huge market with enormous potential” he said.

“The number of smartphone users accessing the Internet is over 570 million – that’s like everyone in Singapore having 10 smartphones each, including the babies!”

TK, who owns various businesses across Asia including China, said, “I decided to back this venture because they have put together a team of seasoned professionals to address a huge market of outbound travellers from China.”

“More importantly, they intend to put Singapore on the map and build a global brand for travel.”